In collaboration with Simon de Jong

The municipality of Almere, a town close to Amsterdam, has chosen to involve as much as possible its future inhabitants in its expansion plans. A municipal initiative, which has been formulated around this strategy, is the development of the centre of the Homeruskwartier. The municipality asked architects to propose apartment buildings and to form collectives around their proposal. The role of the architect was in this way not only of a spatial designer, but also of a developer and a social activist. The design and the proposed functioning of the building itself were supposed to attract a group of interested inhabitants to it.

City Life was designed for hypothetic clients. We proposed a building, which was taking into account this uncertainty. City Life is innovative in few ways. It allows fazing of the construction process by providing a liveable, but not yet completed casco envelope, which is possible to be developed in subsequent stages. It allows the future inhabitants to have substantial influence on the way their home would look like, both before the building’s construction, as well as also after it. It permits the harmonious coexistence of various dwelling typologies and it even tries to make the building a unity by providing its inhabitants with a common roof terrace and a spacious staircase. City Life is a project for a living building, which remains open for interventions and improvements.

The initiative did not manage, unfortunately, to attract enough interest to it. Only two groups were formed around other proposals, out of the more than 30 envisioned by the plan. 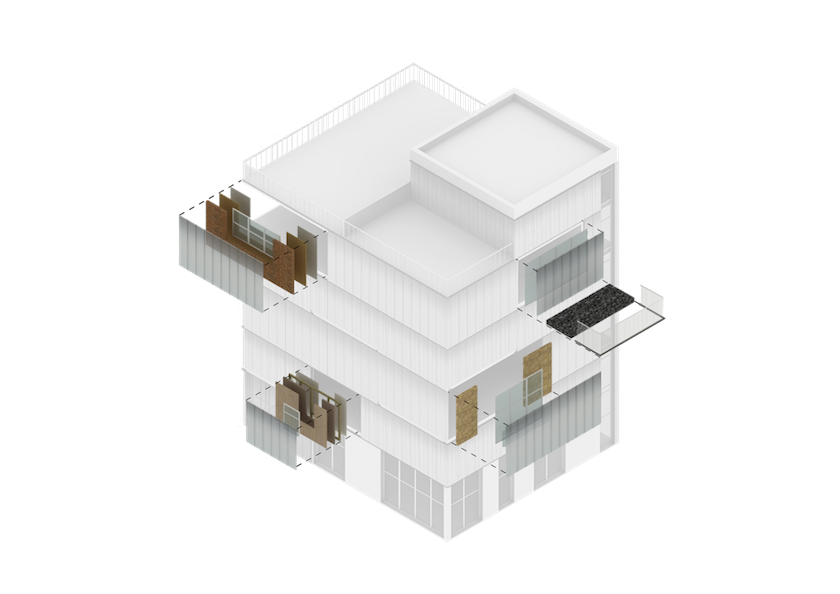 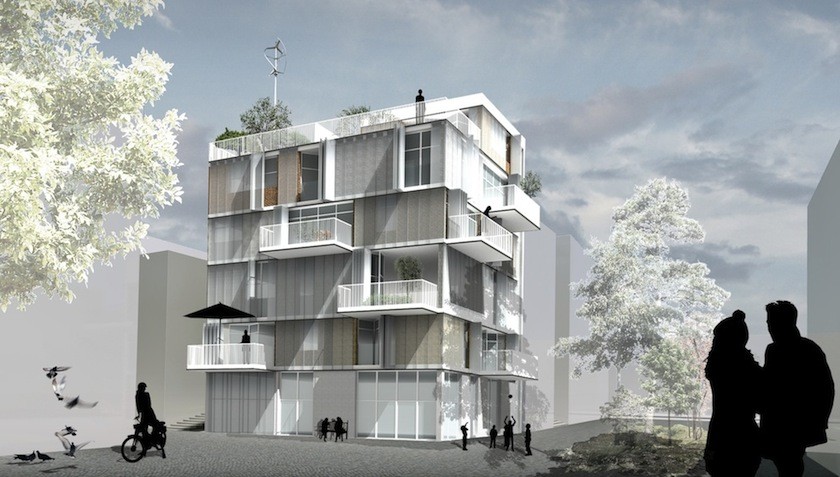 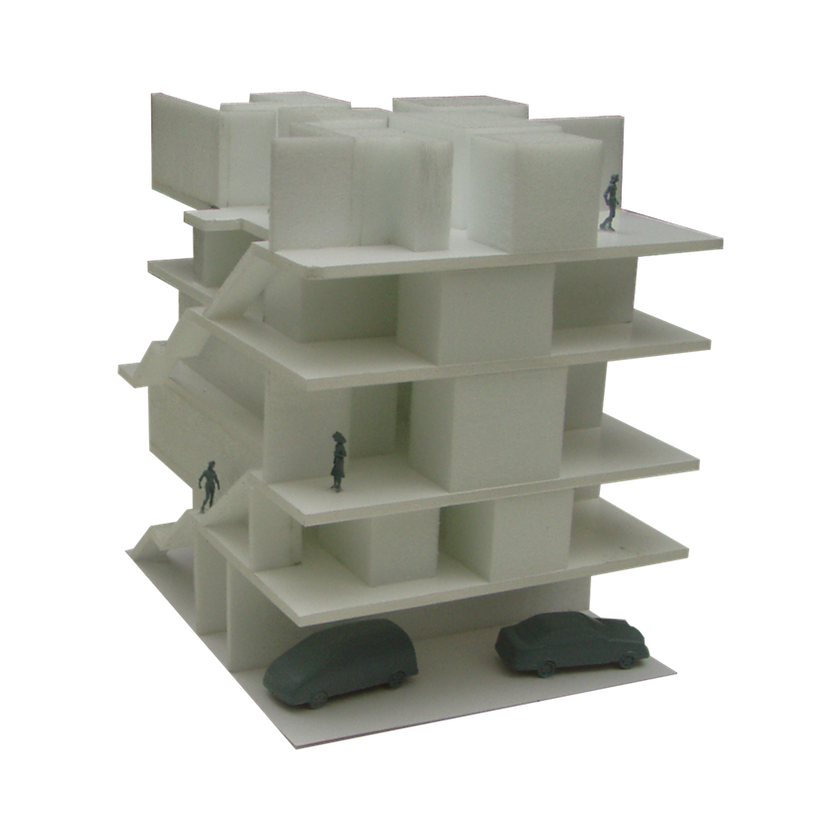